The man who would beat the devil isn’t a hero, but a ruthless madman.

Running from his dark past, former Duvalier hit man Charles Redmond is forced to take sides in a battle that has been raging since Exodus: between a power-mad magician named Silas Alverado and Sammael, the Demon Prince of Liars.

When Charles' beloved Voodou is threatened with extinction, he must wager his life between pure evil and the man who could destroy the world.

Charles' psychiatrist, Sanantha Mauwad, steps into this maelstrom of nightmares, violence and insanity to help Charles find his strength. She tries to save Charles' mind, but can she save his soul? 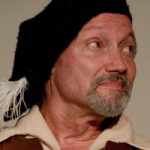 Jay Hartlove is the playwright, director and producer of The Mirror’s Revenge, the musical sequel to the Snow White fable, which had its theatrical run in the San Francisco Bay Area in August 2018 to rave reviews. Jay is also the award-winning author of the urban fantasy "Goddess Rising" Trilogy (Goddess Chosen, Goddess Daughter, and Goddess Rising) and the fantasy romance Mermaid Steel.

His stories are filled with conspiracies and the supernatural, gods, dreams, angels, and hidden connections. His creative motto is "Dark Secrets Revealed". He loves to take stories where the reader does not expect, with sympathetic villains, heroes with very dark pasts, and lots of plot twists. He was selected as one of the "50 Authors You Should Be Reading" by The Authors Show.