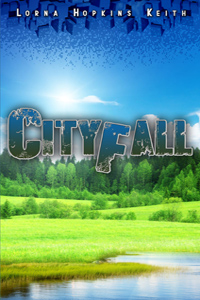 After Samanda Lar destroys her ex-husband, the Volen hand her the mission of saving the people of Cityworld and establishing their new home.

The Volen leave City to dissolve, forcing Sam to deal with her people amid the coming collapse, and the alien colonies on this world.

Sam is aided by her twin, Brad, and her alien brother, Max (who becomes Maxee). Joining them is Todd, whose mother took in the twins when their mother left when they were five, and Arlene, the governor?s assistant who actually runs City. Together, they find a new home for the residents of City — but one that comes with its own problems.

#WritingCommnunity , Do you plan on self-publishing your WIP when you're done? Why or why not?