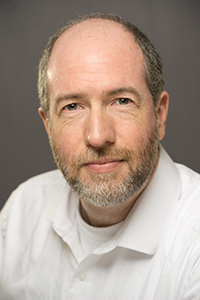 Ryan Southwick decided to dabble at writing late in life, and quickly became obsessed with the craft. He grew up in Pennsylvania and moved to a farming town on California’s central coast during elementary school, but it was in junior high school where he had his first taste of storytelling with a small role playing group and couldn’t get enough.

In addition to half a lifetime in the software development industry, making everything from 3-D games to mission-critical business applications to help cure cancer, he was also a Radiation Therapist for many years. His technical experience, medical skills, and lifelong fascination for science fiction became the ingredients for his book series, “The Z-Tech Chronicles”, which combines elements of each into a fantastic contemporary tale of super-science, fantasy, and adventure, based in his Bay Area stomping grounds. Ryan’s related short story “Once Upon a Nightwalker” was published in the Corporate Catharsis anthology, available from Paper Angel Press.