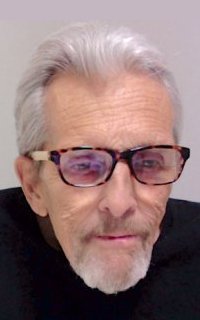 R. J. went from heavy industrial design and construction to two decades of high-end residential design and construction. He built country homes in Southampton, East Hampton, Sag Harbor, and Shelter Island. During these years, he always made time to get involved in creative projects — film-making, painting, writing essays, short stories, or novels.

He was a staff writer at Billboard Magazine, East End Magazine, the Chelsea News, and wrote freelance articles for many of the Hamptons newspapers and magazines, including Dan’s Papers where he wrote the original hoax of the infamous “Hamptons Subway System”. It became one of Dan’s Papers most-read sections of his newspapers.

For R. J. Stanchfield, writing The Odd Profession of Jeremy Scratch seemed like the next logical step. R. J. sums it up by saying, “I’m going to spend my remaining years writing stories. I have a lot of stories to tell.”

Today is the last day to get the digital editions of the first two books from Stories in Glass, "Rules of the Campfire" and "Songs in a Box", for only 99¢!